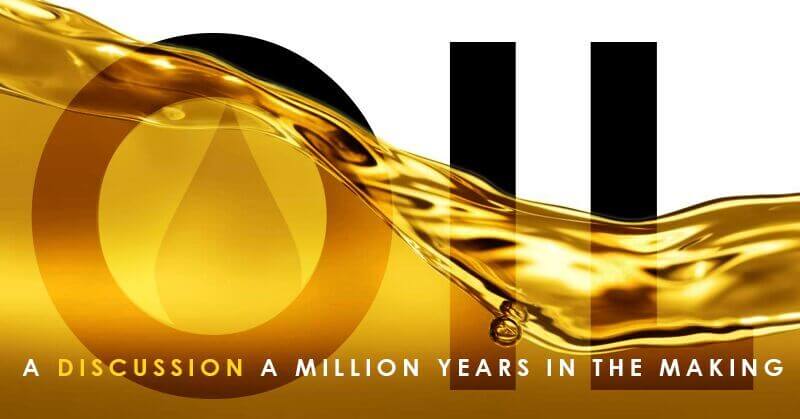 Oil, A Discussion a Million Years in the Making

Oil, like most car parts, has changed drastically over the past century since the automobile rose to prominence. Make no mistake, oil is absolutely a car part, complete with a factory part number. Now you may think that all oils are the same but this could not be further from the truth. At LOF-Xpress™ Oil Change, we know oil, in fact, we will go through thousands of gallons this year alone.

When you are the most convenient oil change destination in Ames, the waste oil adds up. Of course our commitment to the environment is a driving force behind LOF-Xpress™ and all of the used oil is recycled, but more on that later. We set out to offer the best experience you can have when getting your oil changed, we make you part of the process, and why not, it is your car after all!  You would not bring your child to the doctor and wait in the lobby, so why would you take your car to one of those other places and be forced to wait in a tiny hallway playing with a grainy TV playing nothing but infomercials. Well you do not have to stand for it anymore, now there is an alternative.

A Bunch of Additives

As we mentioned before, not all oil is the same and this is true even more today than it was 40 years ago. Of course, vehicles were much different at that point in time, and leaded fuel was still widely used. Leaded fuel was used up until the 1970s and helped prevent engine knock. Engine knock was a detriment to reliability and caused damage to the valves and valve seats. The problem with lead is that it is deadly – the reason why we do not have lead paint anymore. Lead from automotive exhaust was getting into the atmosphere and polluting the environment. The technology that allowed for a (somewhat) seamless transition to unleaded fuel was hardened valve seats and additives in the fuel. The phasing out of lead gasoline also coincided with early manifestations of synthetic oil. Synthetic oil is exactly what is sounds like – synthesized engineered oil. Make no mistake, as we said before, not all oil is the same and that includes synthetics.

We all know that fossil fuels are made from deposits of crude oil that is a product of dinosaur bones, or something like that, but just what is synthetic oil?  Well way back in 1966, Motul developed a semi-synthetic oil that is very similar to what we use today. There has even been speculation made that synthetic oil was invented back during World War II in a German bunker somewhere, but that information has been unfounded. Regardless, once synthetics were introduced, they were recognized as a much better engineered oil than just a pure petroleum (dinosaur) based oil. Of course, petroleum based oil is no longer purely natural; it contains many more additives than one would imagine, and it has for many years. As soon as it was discovered which engine oil additives had a positive affect over which internal engine components, various oil additives were devised to do everything from decrease corrosion to antifoaming.

Our dependence on fossil fuel is a hotbed issue these days and synthetics may be the answer for the future. To think of it simplistically, synthetic oil is nothing more than a composite of additives and these additives can be modified to accept a much more versatile palette of benefits. For example, high performance cars are almost exclusively running full synthetic these days due to the fact that these oils can be engineered to meet specific needs.

They are much more stable at higher engine temps, allowing for extremely high revving engines. Most manufacturers are testing their flagship vehicles with full synthetic and will not honor the warranty if any other oil is used. The trends the industry sets are what will become standard and much like leaded fuel, it is possible that all engine oil will be synthetic in the next 25 years or so. Of course we may just be moving around in driverless pods by then, but don’t worry, LOF-Xpress™ Oil Change will still be here to change the oil in your pod.

Regardless of whether oil is synthetic or pure petroleum based, the question remains about the afterlife of the oil. The origin does not matter and oil is a contaminant that is particularly difficult to get rid of when in the water. Millions of gallons of water are contaminated every year by improperly disposed of oil which is why we have all of our used oil picked up by a licensed recycling company. Oil is like the rechargeable battery of the automotive world, it is able to be cleaned, refined and separated for use yet again. The theory is, used oil can have an indefinite life if properly collected and recycled. At LOF-Xpress™ Oil Change, we like the idea of our oil being used over and over again for multiple purposes. When you visit LOF-Xpress™ in Ames or Ankeny, you know your waste oil is in good hands. No appointment is ever needed for any of our services, whether that is just an oil change or a full A/C recharge. And don’t forget our Early Bird Special where you can get in, get out and on your way with a discounted LOF-Xpress™ Oil Change. Please contact us for more information about the proper oil for your car and information about our efforts to keep our environment clean!